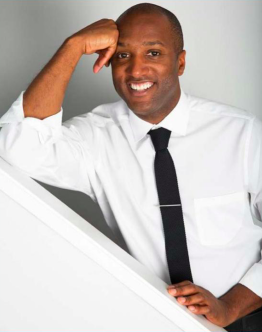 The YIMBY Movement: Deepening our Roots

The housing crisis in our communities is part of a deeper problem; we’re working to address the systemic issues.

From South Los Angeles to Oakland to Long Beach and beyond, California’s historically black neighborhoods are being hit hard by the housing crisis. In community organizations, churches, and family functions, we hear stories of how neighborhoods are turned upside-down by displacement and gentrification.

Unfortunately, the California dream is becoming a nightmare for a growing share of African Americans who are locked out of the abundant opportunities available in our state due to a lack of affordable housing options.

At California YIMBY, we’ve been working to make sure that the people in Sacramento hear what we’ve been feeling in communities of color for decades: a disparity in housing opportunities for black and Latino families. We’re also working diligently to contribute to the solution with reforms at the local, regional, and state levels that could ensure housing equity isn’t just a catch-phrase for debate, but an actual principle and practice in how our communities grow.

There’s no denying the depth of the crisis. In Los Angeles, we’ve learned that over 30% of people experiencing homelessness are African American – despite making up just 9% of the population. In Oakland, the black population has fallen from its high of 47% in 2000 to 31% today – a loss of 27,000 African Americans during that time.

The reality hidden behind these numbers don’t just happen on their own.  Inaction and, at times, intentional efforts to change the complexion of neighborhoods lead to these results.  A history of racial redlining – the practice of legally prohibiting black families from living in certain neighborhoods – established long-standing patterns of neighborhood segregation that continue to this day. Indeed, Berkeley, California, the home to a rich history of black activism, pioneered the practice of drawing lines around neighborhoods of single-family homes and saying “No Blacks Allowed.”

From this historic and abhorrent practice, one can draw a straight line to the wealthy, exclusionary, single-family home neighborhoods scattered throughout California today. These neighborhoods have reaped the benefits of our state’s remarkably strong economy while shutting out people of color from access to those same opportunities.

How have they done this? By banning apartment buildings, duplexes, fourplexes, and other types of “starter homes” that are affordable to the majority of middle and lower income Californians. It is literally illegal to build multi-family housing across large swaths of many California cities.  In parts of Los Angeles, the small apartment building you live in today – built before the down-zoning trend of the 1970s – could not be rebuilt legally.

California YIMBY (YIMBY stands for “yes in my back yard”) is engaged across our state in efforts to reform these outdated local rules that inhibit access to opportunity for all Californians. Our motto is “California is for Everyone,” because we believe there’s plenty of room in California for everyone to pursue their dreams – especially those of us who have been prevented from doing so by centuries of racist and exclusionary policies.

Right now, our biggest push for reform is through Senate Bill 50, the More HOMES Act. The bill, which has the support of non-profit housing developers, unions, environmental groups, and the Los Angeles Chamber of Commerce (among many others), would essentially tear down the invisible walls built around many California cities and communities by creating more four-unit apartments affordable to workers like teachers and nurses across the state, while providing for larger apartments for families and lower-income workers next to our transit services and in areas with high concentrations of jobs.

The More HOMES Act also has provisions that prohibit developers from evicting current tenants and demolishing buildings in order to build luxury developments, by creating the strongest renter protections ever offered by the state. It creates a mechanism for sensitive communities – neighborhoods at high risk of gentrification and displacement – to determine additional ways to increase affordable housing options, and gives them control over their futures through long-range planning. And it has the first-ever statewide requirements for below-market-rate affordable housing, set aside for those who earn low incomes.

Last year, a group of prominent civil rights leaders and scholars praised similar legislation for its potential to reduce racial disparities in access to affordable housing in areas with the kinds of jobs, schools, services, and other amenities that we’re all worthy of enjoying.

After all, we all paid for these amenities. We all deserve to enjoy them. That’s what we mean when we say California is for everyone – not just those with access privileges, but all of us who call the Golden State our home.

Unfortunately, Senator Anthony Portantino, who represents a district known for being exclusionary, is trying to subvert the democratic process by denying a vote of the full State Senate on the legislation – a vote that is critical for the bill to continue through the process of being debated and improved by the legislature.

No legislation is perfect. The legislative process, when it works well, is intended to lead to a result that can work for many. The More HOMES Act is the product of many organizations and community leaders across the state weighing in with their thoughts and ideas. It deserves a vote.

Learn more about California YIMBY and the More HOMES Act at www.cayimby.org/generations and join us in this fight.

← “I can’t afford to buy a home in my hometown anymore”—meet James, the founder of San Diego North County YIMBY Sacramento must lead on housing →