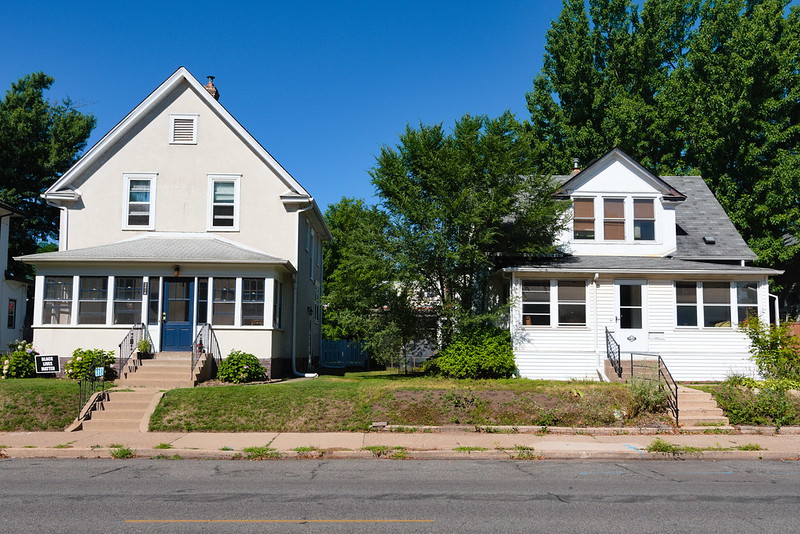 A new working paper from the Mercatus Center at George Mason University shows strong evidence of the relationship between exclusionary zoning and racial segregation in the Minneapolis–St. Paul region.

As the nationwide housing shortage persists, the movement for zoning form continues to gain momentum in state legislatures and city halls. The Biden Administration recently hailed California’s SB9 as an important step forward in undoing racist and classist prohibitions on multifamily homebuilding, but Minneapolis was arguably ahead of the curve when the city approved a housing reform package in 2018.

In this working paper, Furth & Webster (2022) examine the implications of zoning reform for racial integration.

Furth & Webster are the first researchers to compile GIS data on zoning designations for each parcel from all 102 municipalities in the Twin Cities metro region, which enabled them to calculate the share of single-unit and multifamily residential zoning in each neighborhood (or, technically speaking, Census blocks). Importantly, this data predates the upzoning that went into effect in Minneapolis in 2020. Reflecting findings in other regions, the authors found that 89 percent of land in Hennepin County that was once subject to racial covenants prohibiting home sales to Black buyers was now subject to single-unit zoning.

Using a spatial regression model to estimate the relationship between multifamily zoning and geographic diversity, the authors “decompose the impact of zoning across differing racial and ethnic groups” by computing the effect of “each major group’s population share on zoning independently.”

The findings are clear: “If a neighborhood’s residential land is zoned for multifamily housing, it has, on average, a non-White population share that is 21 percentage points higher than that of an equally situated neighborhood zoned for single-family housing.” The evidence shows that the differences in homeownership are not due to “cultural differences,” but rather that zoning precludes the availability of smaller “starter homes” in affluent, whiter neighborhoods and exacerbates the racial wealth gap.

Another variable helps illustrates this pattern, albeit weakly: “Minimum lot size has a negative and significant relationship with non-White population share, but the magnitude is modest.” However, “controlling for median home price completely eliminates the association between race and minimum lot size, however expressed.”

Thus it is zoning itself, not just the sticker price of new housing, that is more strongly correlated with racial segregation. Simply put: “zoning has the effect of sorting racial minorities into relatively small districts zoned for multifamily and middle housing.”