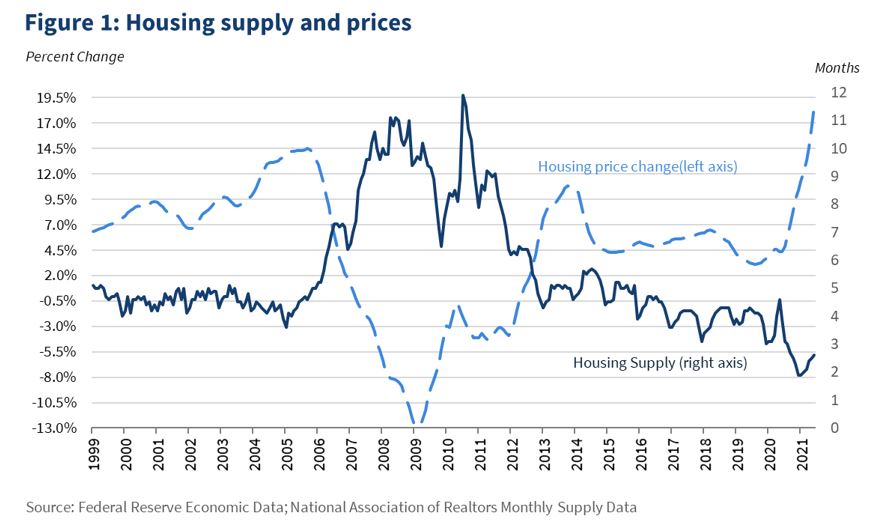 The White House Weighs In on Zoning Reform

In a new blog post by the Biden administration’s Council of Economic Advisors, CEA Chair Jared Bernstein and his team lay out the case for increasing housing supply, with a bold federal agenda for building on state and local-level zoning reforms.

The context: COVID-19 has drastically worsened a national housing crisis that has been decades in the making. Nationally, home prices rose from 7 – 19% every month from September 2020 to June 2021. Since this far outpaced household income growth, the price-to-income ratio for housing (a reliable metric for affordability) rose to 4.4 — its highest point since 2006.

“While the pandemic may have transformed preferences and caused supply chain disruptions,” the CEA notes, “it did not create the underlying supply constraints in the housing market, which have decreased the stock of rental homes and homes for-sale. This is not because remote work has changed the nature of cities, or a minor shock from lumber prices.”

There just aren’t enough homes: “Housing starts as a share of the population decreased by roughly 39 percent in the 15-year period from January 2006 to June 2021,” Bernstein et al add. According to Freddie Mac research, the shortage of homes needed may have even grown by over 50%. This is largely driven by a lack of starter homes available for new buyers, which is also reducing vacancies of rental housing, increasing cost burdens on low-income renters, and exacerbating the racial wealth gap.

The Biden Administration is recognizing that urban communities can no longer meet their populations’ housing needs through continued sprawl for single-family starter homes, nor by just expanding lending programs and subsidies for multifamily housing; state and local governments must be budged — by carrots, or sticks — to end the exclusionary zoning that impede housing supply.

Cities like Los Angeles were explicitly designed to run out of space for starter homes, defined here as “new homes constructed below 1,400 square feet,” by only allowing one home per parcel in most residential areas. Neighborhoods that were once planned for racially segregated single-family “starter homes” now have homes selling for well over $1 million, but some governments have begun to consciously move away from this ugly history toward land use policies that will include broader levels of affordability.

This is a big deal: President Biden’s top economic advisors single out California’s SB-9 and Oregon’s HB-2001 as “welcome developments” in zoning reform, along with efforts in Berkeley, Oakland, and Sacramento to end single-family zoning.

The federal government does have a direct role to play in alleviating the shortage: “Since the 1990s, underfunding and deterioration of the units have decreased the nation’s public housing stock by over 200,000,” the CEA observes. “Given that millions of renters pay half or more of their income on rent, this decline in public housing stock is the opposite of what should have occurred.”

In addition to increasing financing options for affordable housing and expanding the Low Income Housing Tax Credit (LIHTC), there are some policies clearly geared toward increasing the supply of multifamily housing. For example, the Biden Administration will direct Fannie Mae and Freddie Mac “to take steps to expand the number of mortgages available for purchases of 2–4 unit properties that have an owner-occupant and renters.” But the White House is asking Congress to take the next logical step: “the creation of an incentive program that awards flexible and attractive funding to jurisdictions that take concrete steps to reduce barriers to affordable housing production.”

The Biden Administration has echoed a familiar idea for the YIMBY movement: It’s time to build more housing.