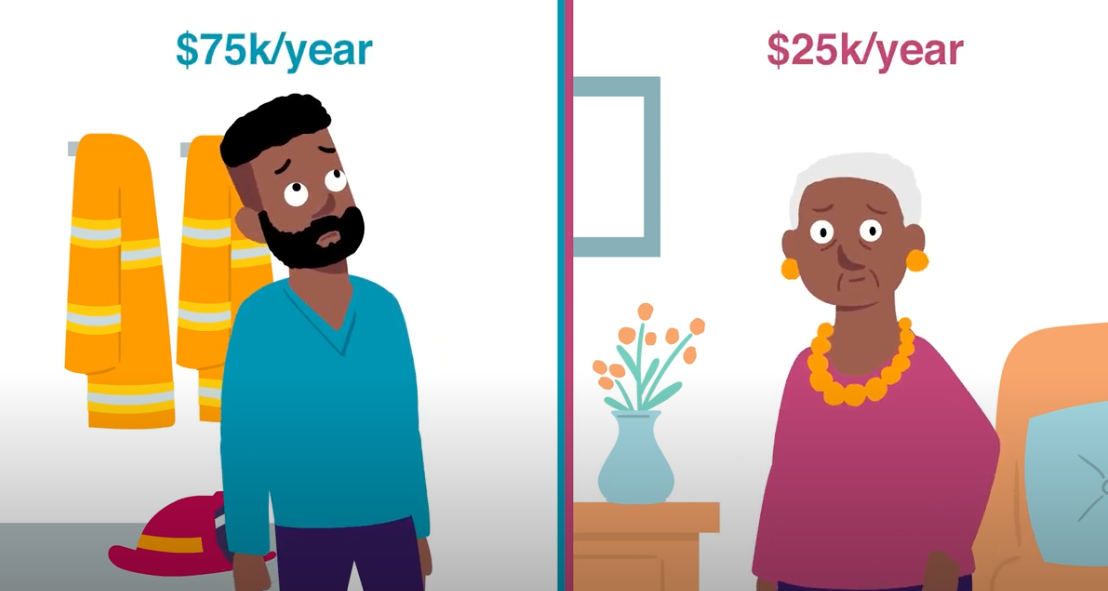 Within the housing policy community, “affordable housing” has a specific meaning: Housing that receives some form of subsidy from local, state, and/or the federal government. There are numerous types of subsidized affordable housing, but the common feature is it is only made available to residents whose incomes are below a certain level.

This same phenomenon impacts California’s middle-income workers, whose salaries are relatively high by American standards, but still insufficient to compete in a housing market that has been largely shut down by local governments, who have made it illegal to build more homes. As competition for limited housing heats up, these workers are left with no options; they make too much money to qualify for housing subsidies, but not enough to find a home they can afford to rent or purchase.

This animated, educational video explains the challenges middle-income workers face finding housing they can afford, and how that “naturally” affordable housing is distinct from subsidized housing provided to seniors and low-income tenants. The video ends with a call for Californians across the state to join the YIMBY movement to make it legal to build both types of housing — both subsidized, and naturally-affordable — in the state’s cities.

The video focuses on a fictional firefighter, Michael, and his grandmother, Iris. Michael has a job with a good salary, and Iris is on a fixed income; but California’s housing shortage has led to an affordability crisis — which means neither of them can find housing they can afford.

California YIMBY is focused on making it legal to build more homes in our cities — both subsidized affordable housing, and multi-family, market-rate housing — in order to end the housing shortage that has created the affordability crisis. As long as it remains illegal to build this type of housing on 75% of our urban land, the dream of affordable housing will be out of reach to all but the wealthiest Californians.

The affordable housing video was a collaborative production of California YIMBY and Ruben DeLuna Creative, a production company based in Austin, Texas. DeLuna’s past creative credits include well-known activist videos like the “Story of Stuff” and other cause-related videos like criminal justice reform, women’s rights, better access to education for girls, and progressive financial reform.