Welcome to the September 14, 2021 Main edition of The HomeWork, the official newsletter of California YIMBY — legislative updates, news clips, housing research and analysis, and the latest writings from the California YIMBY team.

Friday, September 10 marked the end of the first year of a two-year regular session of the California State Legislature. California YIMBY is pleased to announce that five of our six top priority end-of-session bills are headed to the Governor for his consideration:

Sadly, AB 1401, which would have reformed parking minimums near high quality transit stations in California, won’t be moving forward this year. We’re eager to work on the issue next year and thank Assemblymember Friedman for her leadership on this issue.

A new study by Matan Singer at the University of Michigan covering twenty-seven metropolitan regions shows how proximity to transit can reduce housing cost burdens for low-income households by reducing transportation costs. While public transit is substantially less expensive than private car ownership, a dearth of affordable housing near transit means these areas are often out of reach for lower-income workers. The research provides further empirical evidence that auto-oriented sprawl is anathema to housing affordability, and that increasing housing affordability near transit should be a high priority.

A new Michael Manville (2021) paper asks: how can coastal liberals reconcile their egalitarian values with exclusionary land-use policies that exacerbate inequality? California survey data suggests that homeownership can give liberals a NIMBY streak.

This year thousands of YIMBYs organized and fought to pass important housing bills like SB 9 and SB 10 — but the fight doesn’t stop there. Join California YIMBY for a deep dive into the status of critical housing legislation. Which bills passed, and which failed? What happens now? And how can YIMBYs continue to push for more housing this year? Bring your questions for this engaging panel with the California YIMBY legislative team, focused on AB 1401, SB 9 and SB 10. RSVP
RSVP HERE »
September 22 @ 5:00 PM: YIMBY Training: Your Story as an Organizing Tool

Your personal story is a highly effective advocacy tool. Whether you’re giving public comment, talking to friends and family, or meeting with elected officials, telling your story can help make the case for more homes and inclusive communities. Join us and learn how to craft your housing story to strengthen your advocacy! RSVP

Rising rents, super commutes, unhoused neighbors … How did we get here? Join YIMBYs from across the state for an interactive discussion about the root causes of, and solutions to, the housing shortage and affordability crisis. This training provides the foundation for you to fight for more homes in your community — and win! RSVP 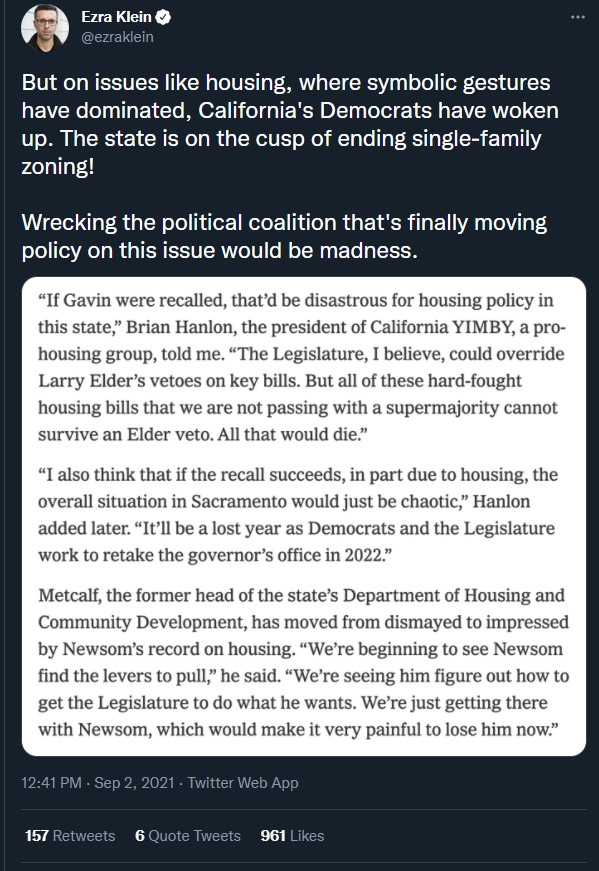