Welcome to the October 22, 2021 Main edition of The HomeWork, the official newsletter of California YIMBY — legislative updates, news clips, housing research and analysis, and the latest writings from the California YIMBY team.

Sacramento is in its sleepy, out-of-session season, but advocates are busy getting ready for next year. In one of his final housing-related decisions of the year, Governor Newsom vetoed SB 477 (Wiener), which would have required the state’s Department of Housing and Community Development to collect information and increase the transparency about the impact of state housing laws. At the request of HCD, Governor Newsom vetoed this measure, arguing that the Department’s ongoing data assessment process should be completed first.
California YIMBY is collecting ideas for legislation next year. If you have an idea for legislation or would like to partner with California, email Louis Mirante, California YIMBY’s legislative director, at louis@cayimby.org

Infill Housing: The Most Important Climate Policy in California

What can city governments do to fight climate change? In an influential 2018 paper, renowned climate scientists Daniel Kammen, Chris Jones, and Stephen Wheeler analyzed the emissions reduction potential of 717 California cities and all 58 counties.

What they found: For most coastal cities, the number one opportunity for reducing carbon pollution is through “infill” housing development — also known as “making it legal to build more multi-family housing in our cities.”

The study has important findings that should be central to land use, climate, public health, and environmental policy in the Golden State.

In a 2015 report for the Victoria Transport Policy Institute and London School of Economics, transportation scholar Todd Litman analyzed the total cost of suburban sprawl in the United States. The topline figure: $1 trillion per year. 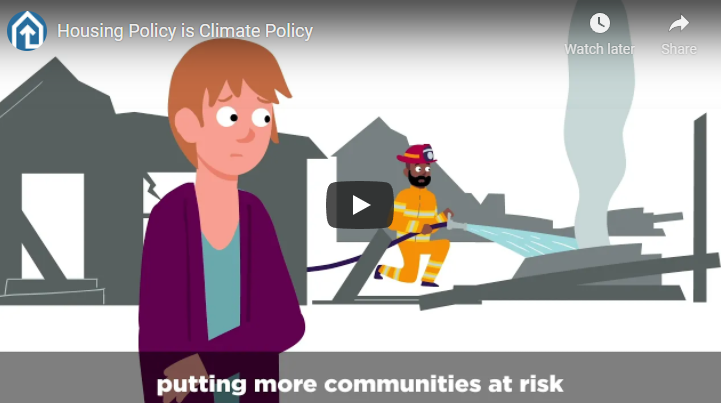