Welcome to the May 28, 2020 Main Edition of The HomeWork, the official newsletter of California YIMBY — legislative updates, news clips, housing research and analysis, and the latest writings from the California YIMBY team.

Sacramento’s housing work is heating up, with a first round of policy committees concluded and several major reforms moving ahead. The legislation we’re supporting will:

Both Houses in the Legislature have put forth important proposals that will lead to more housing production and take meaningful steps toward ending the housing shortage. Senate leadership released a package of bills that we’re watching closely, and several that we are supporting.

But the effectiveness of the Senate package will be largely determined by our success in the Assembly on a set of bills that will lead to real increases in housing production. Those bills include:

Finally, Governor Newsom has signalled his intent to produce his own recommendations on permit streamlining and zoning reform. No details yet on that proposal — more soon.

To learn how to support our efforts, contact Louis Mirante at louis@cayimby.org.

In the previous installment of The Homework, we reported that Los Angeles has the most overcrowded housing conditions of any major city in the United States. Even though LA is not the densest city, it presents a major risk for the spread of COVID-19. More recently, the Public Policy Institute of California has found that California’s essential workers are at especially high risk from overcrowded housing.

The Bay Area’s Housing Deficit – Past and Future

Our friends at SPUR released a strong new manifesto in March, “What Will It Really Take to Create an Affordable Bay Area?” The think-tank has consulted several population projections, economic indicators, and good old fashioned principles of compassion to compile a clear vision for a better future. 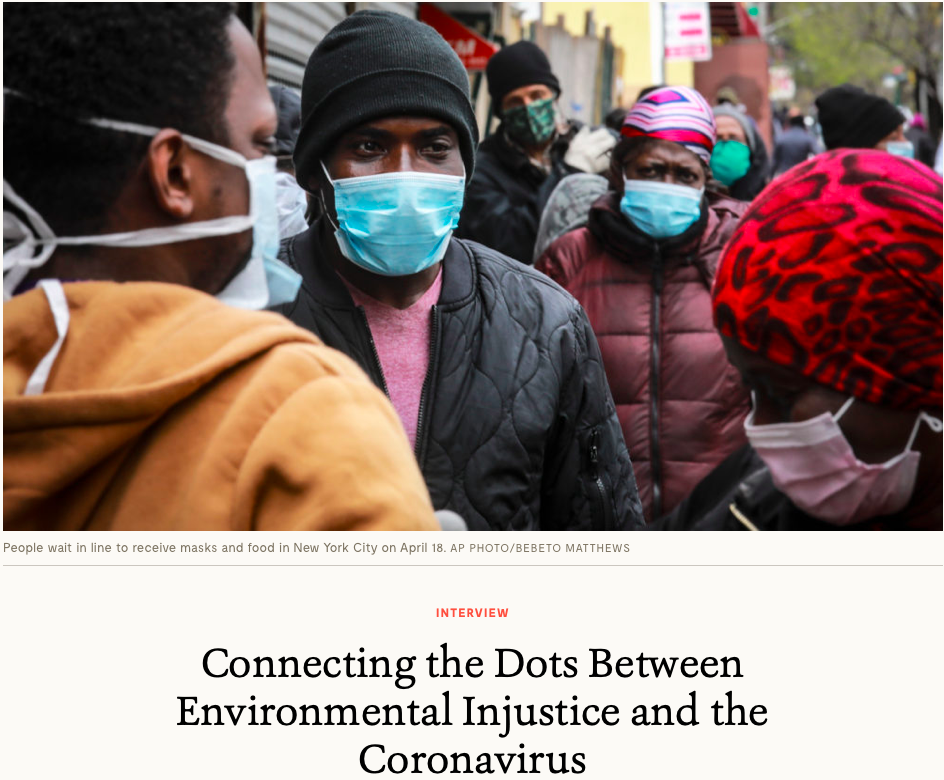 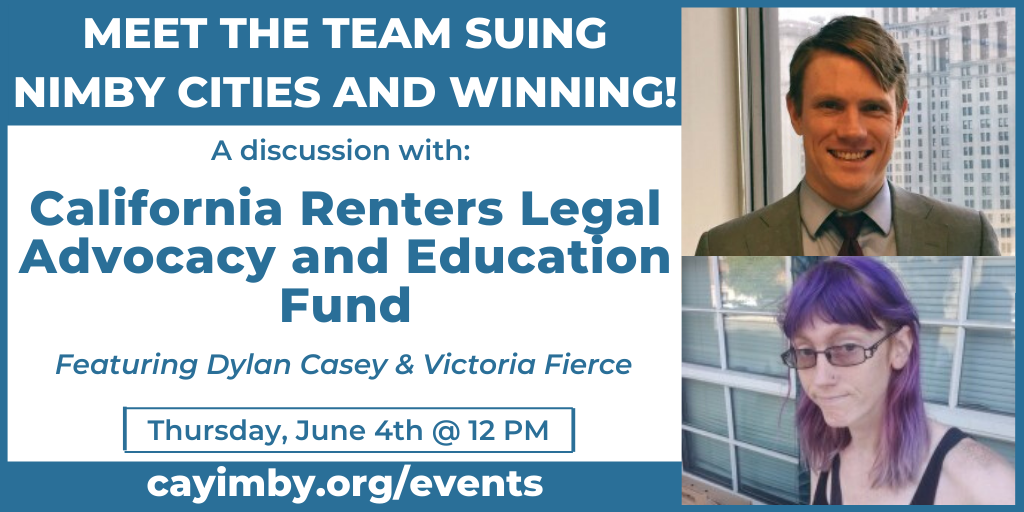 Learn how the laws passed by California YIMBY and our allies are being put to work to build more homes.

Numerous state laws in California require cities to approve housing that complies with local plans. But for years, cities have denied housing proposals without consequence — because there was no one there to enforce the law. California YIMBY and our allies California Renters Legal Advocacy and Education Fund (CaRLA) are changing that — and we’re going to tell you how! 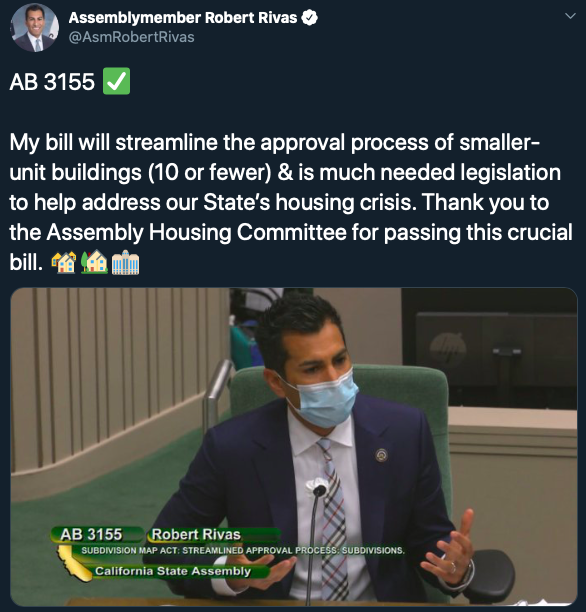 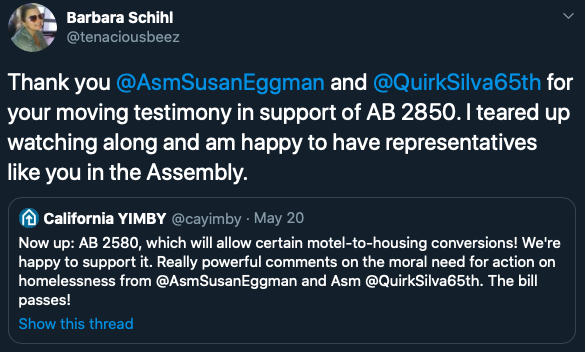