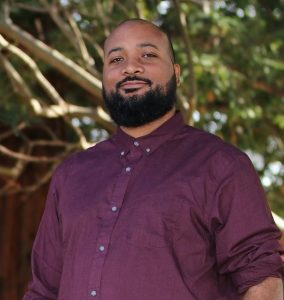 Losing my apartment motivated me to run for Berkeley City Council. My partner and I were living in southside Telegraph in Berkeley, renting an old apartment that was falling apart. After losing our place, we were temporarily homeless and crashed with friends in South San Francisco. That experience made everything so real for me because I was still working in Berkeley, and I don’t drive. I was separated from my mom, my neighbors, everything I ever knew growing up, and I realized that that was the experience of so many people.

When we did return to Berkeley, I started my graduate program and moved back in with my mom, while my partner moved into the student co-ops. It was a very Homeric moment. I wanted to fight for people to have homes in Berkeley, because what happened to me should not happen to anyone.

I’ve been displaced. I’ve seen friends disappear. Other members of my family have left for other states. Not having a continuous social fabric because everyone my age had to leave for one reason or another has caused my social life to be fragmented.

So as I was finishing graduate school in May 2019, I decided to file for the 2020 city council election. After years of hearing all the same stories — people saying we shouldn’t build housing because it creates shadows on their zucchinis, or cynically demanding 100% affordable housing when there aren’t the funds to do that. There’s only so long we can all agree about something until someone acts. If our current leaders aren’t making affordable housing happen, or they’re not protecting tenants properly, then they need to be replaced, because we’re running out of time.

I’m proud of not only winning the election, but assembling a coalition of folks who are pro-housing, pro-tenant, pro-labor, and pro-climate. I’m proud of being able to pull together diverse stakeholders and rally them all around my vision for Berkeley and the Bay Area.

Berkeley’s own legacies of fair and less-than-fair housing are big motivators for a lot of my work. We just proposed an affordable housing zoning overlay, modeled after what Cambridge, MA, is doing. For years, we’ve failed to produce enough housing to satisfy state requirements for low- and moderate-income households. To meet the numbers we need scale.

We also can’t build affordable housing if affordable housing is illegal to build in Berkeley’s neighborhoods. It’s been really important to me to address single family and exclusionary zoning from a racial equity lens. Ever since the death of George Floyd, we’ve been rethinking public safety in light of racial justice, but racial disparities also exist in housing and healthcare. We should be addressing housing with the same courage and honesty that we’re addressing law enforcement. It’s ridiculous that there are families spending years on a waitlist for a 13-unit building that opens every nine years.

My fellow councilmembers Lori Droste, Ben Bartlett, Rigel Robinson, and I just passed a resolution to end exclusionary zoning. We worked on the resolution together, received the community’s input, and thought through a lot of the good-faith concerns that were brought up. We remained open, but held the line against bad-faith attacks. And while non-binding resolutions are not the most transformative, it was a big lift because we had to challenge a lot of the assumptions that we have about ourselves as a city.

We weren’t around a century ago, but the system that was put in place at that time is still fueling racial inequity. As we worked on the resolution, some people did everything they could to protect the fragility of those who have benefited from exclusionary zoning. We held a really difficult and urgent dialogue around the racist origins of single-family zoning in Berkeley, and we held our city accountable for its professed beliefs of inclusion. I didn’t realize how much of a lift that would be, but I’m deeply proud. It won’t undo the century of harm, but naming it is the first step.

We also have a proposal to legalize fourplexes, which has been very controversial. However, fourplexes and duplexes are a way for households to expand — for kids who come back from school to take care of elders, and for elders to spend time with their grandchildren and help provide care for younger families.

I think about my own experience of trying to access permanent, stable housing. A lot of folks my age, especially people of color, are living with their families. We also still have this idea that a “good” family is a cishet, nuclear family who lives in their own house with a yard and a dog.
If we can expand our thinking around what families and homes look like, we can actually create a more inclusive society and address the housing crisis. We just don’t live in a world where single-family homes are sustainable or attainable.

I’ve proposed a resolution declaring housing a human right and calling for a social housing pilot program feasibility study. The state of Hawaii is pursuing social housing, and Assembly members Buffy Wicks and Alex Lee are also proposing similar legislation here at the state level. Many cities like Sacramento, Berkeley, and Minneapolis, and the entire state of Oregon, are also looking at plexes and lifting apartment bans.

I’m really excited for a renaissance of multifamily building and cooperative living models. There’s been so much prejudice against co-living, group living, and dorms. Now that younger folks who have had to depend on that kind of housing are entering into positions of authority, I’m really eager to see that framing and that narrative shift.

We’re thinking about housing reform and housing justice as a suite of reforms, not just a one-off, because the housing crisis has so many factors and there are so many different needs for all our populations. We really have to tackle this from every angle.