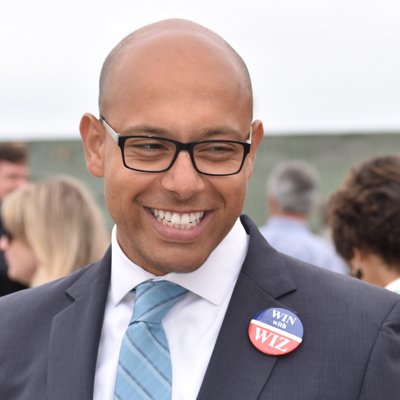 I was appointed to Monterey County’s planning commission in 2017. Through my initial interest in housing, I found an incredible community of people who are fighting to improve our communities and make them more inclusive. The housing crisis is a man-made problem, and we can fix it by changing the laws in our cities that make it largely illegal to build more homes.

I’m also a housing element coordinator with YIMBY Law. In addition to community organizing, part of my work involves a more methodical and critical review of draft housing elements, which align local land-use practices with regional housing needs, before they’re certified by the state. On January 1, a new state law (AB 686) came into effect to “affirmatively further fair housing” by requiring cities and counties to take meaningful steps to reduce racially- and ethnically-concentrated areas of poverty, and to integrate formerly segregated communities. I try to apply that lens to determine if policies and programs truly break down the very real but intangible walls that separate the people who live in a community.

Being able to take that work and train people to apply that kind of critique to housing elements in their own communities helps give a voice to fair housing concerns all over California, not just in Los Angeles and San Francisco.

In a broad sense, the biggest obstacle to solving the housing crisis is the incredibly dense and nuanced conversation these situations require. It’s easy to simplify things just for the sake of comprehension but then it’s easy to make mistakes.

In 2018, I was elected to the Seaside City Council, and I’m most proud of how I’ve applied my familiarity with affordable housing laws in specific situations as a council member. My knowledge of density bonus calculations ensured that a great new apartment development was not denied their density bonus due to a rounding error, so as a result, one more deed-restricted, affordable apartment will be available in my community. The families who live there over the coming decades will not be doubled up with people they don’t know, and won’t have to go hungry a couple of days every month to stretch their money. Knowing that those folks will have more opportunities is very heartening.

I think the way to solve the housing crisis is to create more housing, and a way to do that is giving people the opportunity to do it themselves. If you are very specific and strict about the types of housing you allow in a community, then certain people will be excluded. In many places, new housing has to have a minimum lot size of 5,000 or more square feet. It has to be a single-family home, or have a certain floor-area ratio, or have 30 feet of setback, or some other restriction. The more conditions that we require, the harder it gets to achieve the thing. We must unwind some of the arbitrary rules that we’ve created around what type of housing belongs where.

Building permit fees are another area in need of reform. On the one hand, cities rightfully charge fees to access and increase the availability of services when new homes are built and new residents move in. But right now, the sky’s the limit when it comes to those fees, and it’s one way that cities that don’t want new housing can control how much housing gets built. In Fremont, for example, it costs over $150,000 for the building permits for one single-family home. Just getting permission to build a home in some California cities costs more than buying a home in other places.
We’ve heard in our communities and from legislators in Sacramento that accessory dwelling units (ADUs) are the fastest and most successful way to have a true impact on the housing crisis. But who’s paying for them? The state’s going to have to use its purchasing power to facilitate that. It’s quite surprising that we’ve got money for all manner of things, and we’ve had a surplus of $10 billion or more for the past three years, but this hasn’t been able to get off the ground.

Allowing ADUs to be built and then sold as a separate property would also help create an entire generation of people owning smaller homes, which would restore the middle class and create the nest egg people rely on to pay for their kid’s college education, avoid medical bankruptcy, and retire. This was the idea behind condos, where you essentially own an apartment, and then when you’re ready to have a family, you move into a single-family home. Right now, we don’t allow ADUs to be separately conveyed, and so there’s not a lot of banks out there willing to lend the money to build them.

Making those changes would give BIPOC communities access to capital and opportunities to remain and own homes in their own neighborhoods. We’ve got a sufficient legislative environment with all the new ADU laws in the last three or four years; this seems like the perfect opportunity to put those things to work.

One of the serendipitous pieces of AB 68, the ADU bill that passed in 2019, is that ADUs under 750 square feet are exempted from impact fees. My partner Jessica and I tore down our garage and are building an ADU right now. Seaside was also awarded a million-dollar CalHome grant, so the city will also be able to help at least 10 lower-income households build ADUs. I helped write a CalHome grant for another million dollars when I worked for Habitat for Humanity Monterey Bay, and they’ll put that money to work throughout Monterey and Santa Cruz Counties over the next several years to build at least 10 more ADUs for lower-income families.

I also worked with my colleagues on the city council to eliminate building permit fees for ADUs and to buy building plans that can be used by Seaside residents. The pre-approved building plans mean there’s no plan check fee because we’ve already approved the drawings. So now, you can walk into City Hall, ask for a building permit for one of our ADU designs, and we’ll issue it to you the same day without you having spent a penny. We’ve done what we can to prime the pump for ADUs in our community and give everyday folks the opportunity to create more housing in their neighborhoods.

If we can start to undo the price of admission to create new homes in California, teachers and healthcare workers and grocery store clerks and everyday people who make up our wonderful communities will have an opportunity to live healthier, more balanced lives, with more freedom to do the things they love, like read books, learn crafts, and spend time on something other than paying rent. They’ll just have time because they won’t be super-commuters, or they won’t be in a house with a bunch of people they don’t know in order to just survive.