“We had a strong suspicion when Donald Trump took office that he would be gunning for our fair housing laws, and unfortunately, that has proven to be the case,” Hanlon said. “With his revocation of the ‘Affirmatively Furthering Fair Housing’ rule, Trump’s longstanding commitment to undermining civil rights laws, including his own disgraceful history of violating fair housing law, have become national housing policy.

“We are thankful for Asm. Miguel Santiago’s foresight to incorporate Affirmatively Furthering Fair Housing protections into California state law with AB 686 in 2018. We were proud to support that bill, and we’re committed to protecting Californians against the dangerous and racist housing policies of the Trump Administration.

California has a history of racist exclusion that long pre-dates Trump, but the state also has the power to remedy its history of racial segregation without federal intervention. The City of Berkeley adopted its zoning in 1916, which included a first-in-the-nation single-family home district. Charles H. Cheney, the author of the zoning ordinance, characterized the purpose of large lot single-family zoning:*

“The type of protective restrictions and the high class scheme of layout which we have provided tends to guide and automatically regulate the class of citizens who are settling here. The restrictions prohibit occupation of land by Negroes or Asiatics. The minimum cost of house restrictions tends to group the people of more or less like income together…”

“Elected officials at the state and local levels must decide if they want to side with President Trump to preserve these ‘high class schemes,’ which maintain existing patterns of racial segregation, or if they want to embrace inclusive communities for everyone,” Hanlon said. 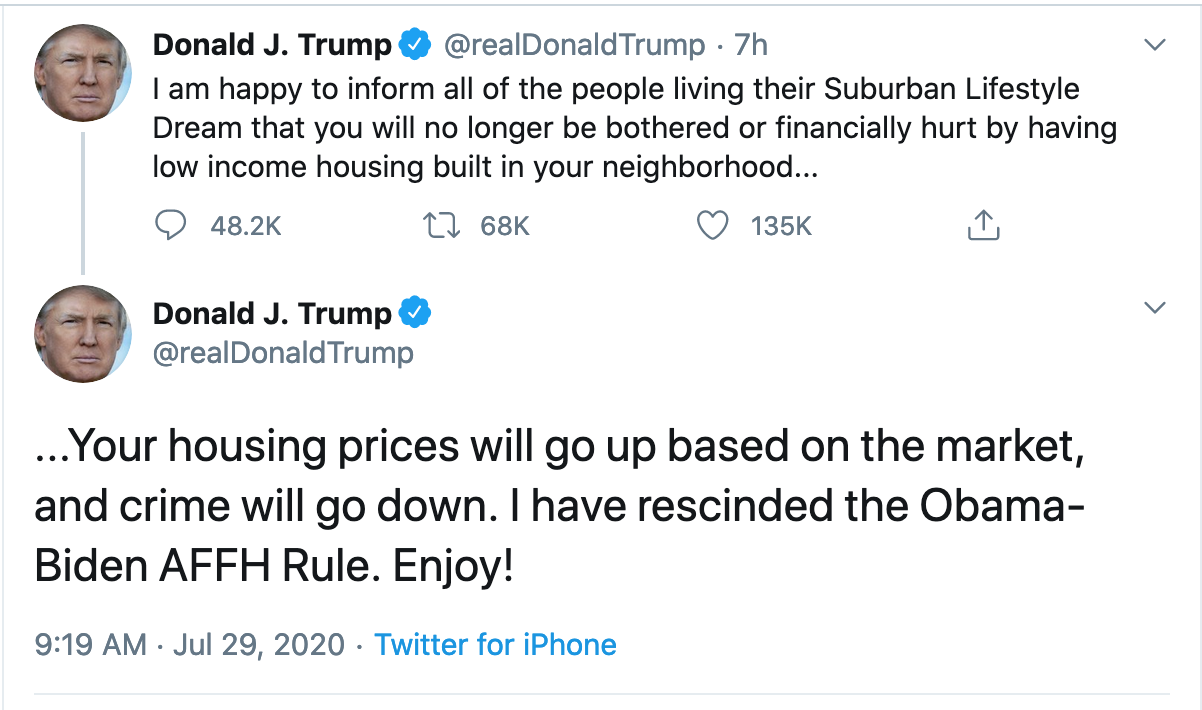 ← The Hidden Toll of California’s Black Exodus Opinion: We Must Plan Racial Justice In Our Cities →