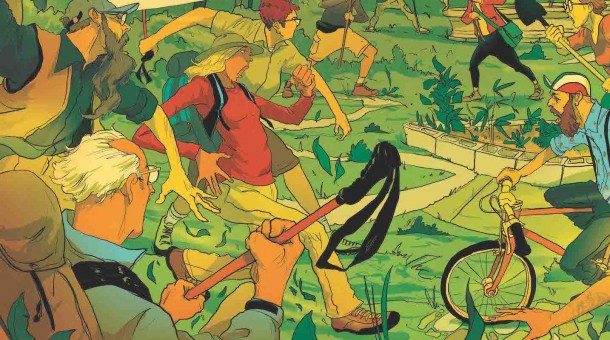 “I don’t want us painted as not understanding what the problem is,” Sierra Club California Director Kathryn Phillips says. “We know there’s a housing problem. We want infill development.”

Although Phillips says she supports infill development around mass transit, it’s hard for her to locate an actual place in California where she supports new buildings.

With regard to upzoning near transit, Phillips rules out Sacramento, where some neighborhoods, she thinks, would use upzoning as an excuse to block new transit, concealing what she calls “racist” reasons under a civilized veneer. Nor does she think it’s appropriate in more outlying areas like Folsom, where a transit stop under the bill would lead to an upzoning too near wilderness areas. She doesn’t think it’s a good idea in San Diego, where taller buildings would block views of the ocean, nor does she support it in major cities like Los Angeles or San Francisco, where “people who live in rent-controlled buildings worry about bigger and bigger buildings coming toward them.”

As she finishes enumerating those exceptions, she adds, echoing the national organization’s policy line, that “we see the value of infill higher-density development around transit.”