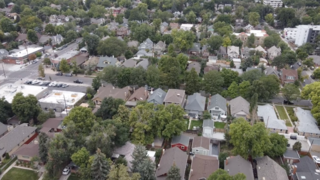 A new working paper by Mondragon & Wieland (2022) at the National Bureau of Economic Research (NBER) suggests that the shift to remote work during the COVID-19 pandemic accounted for at least half of the price increases in housing nationwide.

When the COVID-19 pandemic first shut down offices across the United States, predictions about “the end of cities,” or at least the end of high-demand job centers, were a dime a dozen. As housing costs continue to skyrocket and generally high inflation takes its toll on American workers, the evidence now suggests the opposite is likely true: Demand for housing services only increased, and regions with increasingly remote workforces saw a corresponding rise in home prices.

Having isolated this variable, the data shows that “remote work accounts for at least one-half of the 24 percent increase in house prices from December 2019 to November 2021,” but a more likely lower bound estimate is even higher at 15.1 percent. The evidence supports their hypothesis that this increase reflects “a fundamental increase in housing demand due to remote work,” rather than a speculative frenzy driven by fiscal and monetary stimulus during the pandemic.

Critically, this effect is also observed outside of dense cities – the regions with the largest shares of their workforces going remote in 2020 saw housing prices increase more steeply than those with less-remote working populations. As the authors note: “This shows that the differences in house price growth correlated with exposure to remote work are not reflective of differential trends prior to the pandemic.”

On a similar note, Mondragon & Wieland observe that the correlation between density and remote work share is negative, suggesting that “heterogeneity in housing supply elasticities” can also be reasonably excluded as a confounding variable. Finally, “after controlling for net migration, an additional percentage point of remote work in 2020 increases house price growth from December 2019 to November 2021 by 0.93 percentage point.”

The data also shows a negative correlation between remote work and commercial real estate values, suggesting that remote work is increasing demand for residential space as demand for commercial space declines. This “asymmetric response of prices to increased remote work” is part of a pattern that Mondragon & Wieland note “may ultimately be inflationary.”

The authors warn that if remote work trends continue, demand for housing will only increase, rather than relieving pressure off cities with high job growth.