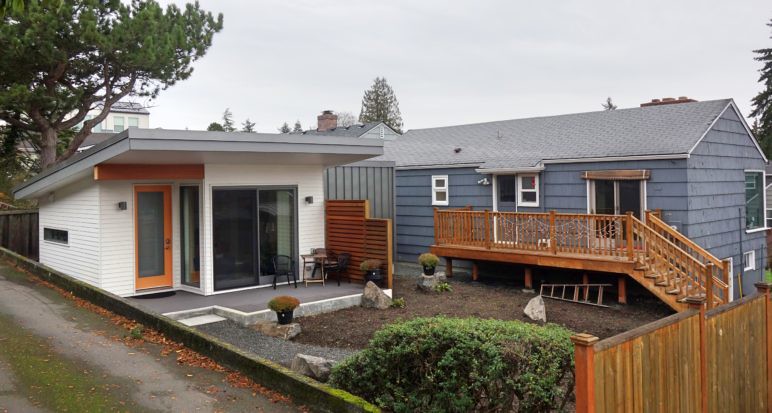 Alameldin & Garcia (2022) assess local implementations of SB 9 in the first year of its passage, identifying several key barriers to additional housing production. While intended to promote “missing-middle” density by allowing duplexes on residential lots zoned for single-unit homes, some local governments have added onerous and inconsistent requirements that run counter to this important goal.

Because SB 9 does not limit front yard setback requirements, Los Altos Hills also requires setbacks of 40 feet in the front of the project – double the statewide median (many residential lots are only 100 feet deep). Widely divergent parking requirements also make duplex development all the more impossible: “car-dependent Temple City has both eliminated off-street parking and restricted on-street overnight parking passes for residents of SB 9 units. Applicants are required to have their driveways removed and the curb-cuts removed and repaired.

Some of the requirements for courtyards, landscaping and open space bordered on the farcical, such as: “Sonoma requires a 600 square foot area per unit to not be occupied by structures, parking, or driveways and to be shared by both units … at least three mature trees and ten shrubs to be planted. Los Altos Hills requires a hedge—sized at 15-gallon minimums and placed at 5 ft. intervals—to surround the property.”

At a bare minimum, the paper recommends addressing these inconsistencies in development standards similar to 2019 ADU legislation to enable more production statewide. But Alameldin and Garcia also recommend tracking progress, notifying residents of eligible parcels, and providing technical assistance to homeowners and localities. The authors urge governments to welcome SB 9 projects as much as ADUs, following model policies such as San José’s pre-approved housing designs and same-day permitting approvals. Pasadena and Oakland also have robust ADU financing programs that could be applied to SB9 duplexes.

“Fortunately,” they observe, “state and regional governments are assisting localities with resources for implementation and holding localities accountable for not administering” the law.

← "Not in Your Back Yard:" How Tort Law Gave Birth to NIMBYism An Rx for the Housing Shortage? →