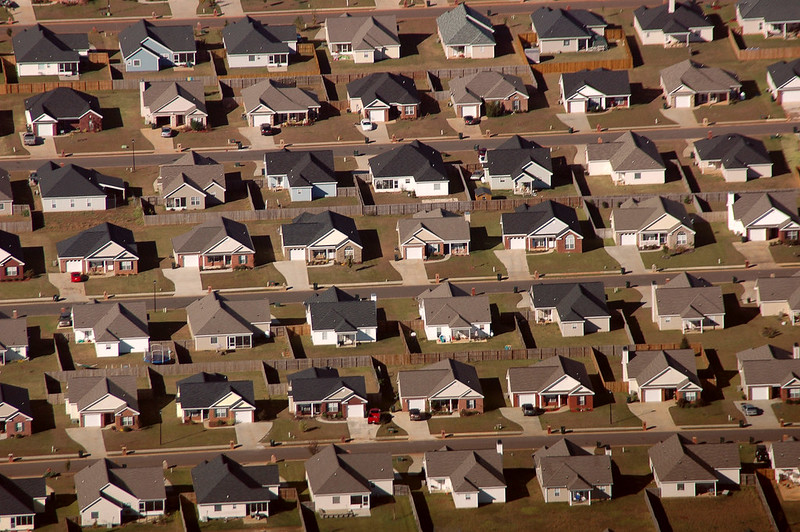 “Not in Your Back Yard:” How Tort Law Gave Birth to NIMBYism

In a 2021 Harvard Law Review paper, Maureen Brady explores the early history of exclusionary zoning and prohibitions on multifamily housing as they evolved from 19th century private tort law and “nuisance covenants” that were inserted into property deeds in growing US cities.

Although legal scholars typically point to Euclid v. Ambler (1926) as the enshrinement of exclusionary zoning, Brady finds its roots “not within constitutional jurisprudence, nor within natural law or political theory, but rather deep within private law, at the intersection of property, contract, and tort.”

While high housing costs burden a broad swath of Americans, the housing abundance agenda is on the march, as states and cities across the country re-legalize multifamily housing construction. With zoning reform gaining major momentum, Brady (2021) unpacks the origins of exclusionary zoning to explain why these policy changes have been slow and, historically at least, so difficult to achieve.

Property covenants predate the United States as a legal structure. Colonies in New England frequently had covenants committing residents to “good neighborhoods,” but in the 1820s, American developers took inspiration from English garden town developers by widely adopting the practice to limit building heights and sizes. In these English-style developments, “to ensure the garden would be kept open under development pressure, those developing the central squares put covenants into the leases or deeds on adjoining tracts in which owners promised to maintain or keep open the garden.” This sort of building scheme was famously used in 1831 in New York to create a “London-style square” – now known as Gramercy Park.

While ostensibly intended to maintain gardens and parks, deed restrictions also have a sordid history of being used to explicitly enforce racial segregation and exclude non-white residents – a practice that was legal until Buchanan v. Warley and further nullified by Shelley v. Kraemer (1948). Drawing from the legal framework of property leases, property owners also used “nuisance covenants” in deed restrictions to keep out “undesirables,” including but not limited to “​​museums, theaters, opera houses, public shows or spectacles, dance houses, circuses, and animal menageries,” not to mention slaughterhouses, alehouses, and “modern jazz.”

As covenants were enforced by judges under private tort law, nuisance covenants raised property values – certain uses could be deemed “noxious” without having to prove it in a jury trial, such as a slaughterhouse, which would automatically be assumed a nuisance before being built.

However, as New York City grew rapidly at the turn of the century, and wealthy residents found tenement houses and poorer immigrants crowding into them, nuisance covenants ultimately proved unsuccessful at enforcing elite prejudice against apartment dwellers, as ultimately “judges were hesitant to perceive apartments and their middle-class occupants in the same frame as tanneries, bone-boiling, and turpentine.”

So in order to find a pathway to “legally enforceable” exclusion, the legal framework of zoning that emerged in the early 20th century built on the nuisance covenant’s ability to effectively declare specific land uses as a nuisance by default, rather than ex post facto. Because zoning was initially opposed by some landowners as an incursion on private property rights, “proponents of zoning — developers, city planners, and lawyers — recognized the common law of nuisance as an important obstacle if zoning was going to succeed and spread.”

Some Progressives of the Gilded Age argued that police powers that prohibited slaughterhouses on a “scientific” basis needed to be applied more broadly to undesired uses, including apartment buildings. Zoning expanded those powers where the vague legal definitions of “nuisance” could not guarantee them. In the 1920s, courts began preventing apartment construction by citing the “near-nuisances” and “the character of the neighborhood.” The 1918 influenza pandemic had greatly enabled these practices even before Euclid.

In the 1926 Euclid decision, the Supreme Court upheld the multifamily apartment prohibitions in the Village of Euclid based on “near-nuisance” findings. However, courts also ruled that some zoning ordinances that permitted multifamily housing were superseded by private covenants prohibiting it. Brady sums up the case law as: “whichever is more restrictive — the ordinance or the covenant — prevails.”

Because of this history, local governments have used covenants and deed restrictions to further enforce zoning ordinances, and covenants have often provided boilerplate language for public statutes. Brady argues that the history of covenants “may have played a psychological role in convincing land owners to accept public restrictions on their property rights through zoning regulation … nuisance covenants helped to soften judges and property owners alike to property regulation, paving the way for zoning on a large scale. ”

In other words, the complex interdependence of private contracts and public law may help explain why private property owners form political alliances against neighboring property development as though it were an infringement on their own property rights, rather than an expression of their neighbor’s. Nuisance covenants can also help explain the persistence of racial segregation, even though the explicit enforcement of it is technically unconstitutional. By focusing on land use rather than ownership, landowners were able to express “class solidarity” through signifiers such as golf courses and mansion-only zoning, rather than explicit racial discrimination.