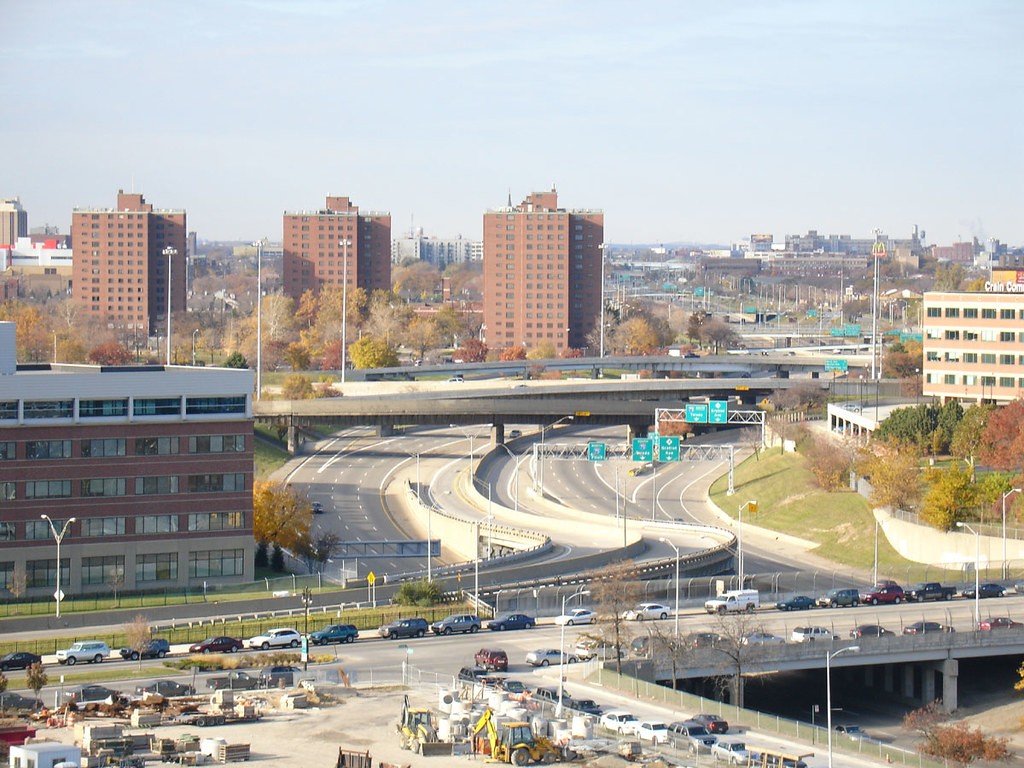 Adding to the significant body of literature documenting this story, a new working paper by Brinkman and Linn (2022) from the Federal Reserve Bank of Philadelphia illustrates the real economic destruction that freeways brought to central cities in order to export prosperity to the suburbs, using stolen land and wealth from urban Black and brown neighborhoods that were literally expropriated and razed to make room for high-speed (and mostly white) commuters.

Brinkman and Linn developed a spatial equilibrium model that “considers the joint location decisions of employment and population in a city with costly commuting.” Freeways make the costs of longer commutes more attractive for residents in the suburban periphery, while making it less attractive to live next to a freeway overpass closer to the central business district. The model enables “testable predictions” about the tradeoffs between the “disamenity effect” and “commuting cost effect.”

It’s important to note that the diminishing returns of freeways in cities are a function of their centrality: “In central cities, conditioned on proximity to the city center, neighborhoods near freeways will decline more than those farther from freeways. This is because, near city centers, the commuting benefits of freeways are small relative to the negative quality of life effects of freeways.”

The authors strongly reject any prevailing counter-hypotheses that would reverse the arrow of causation in their model – for example, “freeways may have been routed through neighborhoods expected to decline.” Brinkman and Lin discount this alternate interpretation by emphasizing the model’s reliability in clearly distinguishing causes from the effects of economic decline in the real world.

“Freeways were in fact allocated to neighborhoods with superior growth potential,” they write. Brinkmann and Linn also candidly note the political implications of their findings: “Our results help explain … absolute declines in central city populations, and thus depart from the consensus among economists that freeways affect spatial structure solely by reducing transport costs.”

The social science literature is increasingly clear that actively redressing the spatial segregation that resulted from freeway expansions and related land use policies of the mid-20th century are key for achieving social and environmental justice more broadly. Inverting the classic Kennedy quip, the economic tide rises when we lift all ships.