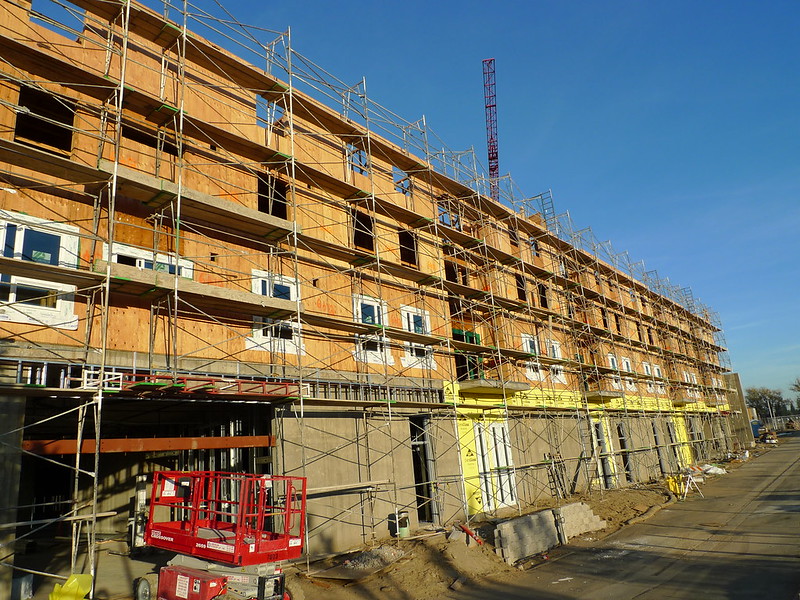 An Rx for the Housing Shortage?

The builder’s remedy came roaring back into the headlines this fall, when a 16-story apartment building was proposed in Santa Monica in an area that was not zoned for that level of density – but because the city had failed to pass a legally compliant Housing Element by the state’s statutory deadline, the project, in theory, could proceed “as of right.”

The so-called “builder’s remedy” in Government Code Section 65589.5 (Housing Accountability Act) enables projects with a specific threshold of affordable housing to bypass local zoning if the jurisdiction’s Housing Element is not fully compliant with state law. Under the HAA, cities can only deny permits to projects that violate local zoning and general plans if the California Department of Housing and Community Development (HCD) has certified the local Housing Element before the next Regional Housing Needs Allocation (RHNA) cycle starts. Otherwise, projects with 20 percent low-income or 100 percent moderate-income housing cannot be denied on the basis of local zoning – unless the planning department makes an objective finding of “a significant, quantifiable, direct, and unavoidable impact” on public safety.

Elmendorf (2022) explains how this works, and how it might not be smooth sailing for these projects under current law. While high-profile proposals in Santa Monica and Beverly Hills have caught the public’s attention, the law still isn’t as powerful as originally intended. Instead, Elmendorf argues that “the HAA builder’s remedy is so poorly drafted and confusing that developers of ordinary prudence haven’t been willing to chance it.”

This is in part because another section of the HAA appears to contradict the builder’s remedy, stating that the law does not “prohibit a local agency from requiring the housing development project to comply with objective, quantifiable, written development standards … appropriate to, and consistent with, meeting the jurisdiction’s share of the regional housing need … to facilitate and accommodate development at the density permitted on the site and proposed by the development.”

Elmendorf points out that this tension has never been resolved in case law: can cities simply establish “development standards” that restrict projects claiming the builder’s remedy, or is the city still bound to “facilitate and accommodate” the project? The law is unclear if there is any theoretical limit to a builder’s remedy project, or whether there is some default baseline implied.

But until the state legislature clarifies the statute, “the all-important question of which local development standards may be applied to builder’s remedy projects (and how this is to be determined) remains unanswered.”

Adding to the confusion, Elmendorf observes that it is unclear if a city can delay a builder’s remedy project and then deny it once it brings its housing element into compliance. While any developer “would have a strong argument that this kind of retroactive denial is unlawful,” this generally “fuzzy” detail should be ironed out in order for the law to guarantee “reasonable certainty to all stakeholders” as intended.

Additionally, while the HAA could enable these projects to bypass local zoning, they do not bypass Environmental Impact Review (EIR) requirements under state environmental law (CEQA). As Elmendorf notes: “A city that wants to defeat a builder’s remedy project might well insist on round after round of ever more elaborate environmental studies, even after a legally sufficient draft EIR has been assembled and circulated for public comment.” And while HCD has argued “that strategic CEQA delays designed to kill or reduce the density of a housing project may violate the HAA,” no law or regulatory agency has clearly drawn “the line between permissible and unlawful CEQA delay.”

So how can the law be fixed to safeguard much-needed new homebuilding in California? Elmendorf recommends that the legislature replace the ambiguous remedy with a “non-compliance density bonus,” such as doubling the density allowed for projects in a jurisdiction with a noncompliant Housing Element, which could both predictably limit the sizes of projects while still maintaining a strong incentive for compliance.

As Elmendorf argues: “It will only have this effect if local officials fear being forced to approve projects they want to deny.” However, legislators should also clarify that this right is vested at the time of noncompliance – i.e., as soon as a jurisdiction misses the deadline for housing element certification – and is not voided when that jurisdiction comes into compliance: hence, a carrot, and a stick.

Additionally, the legislature could specify that Senate Bill 35 streamlining rules apply to these projects, to quell the potential for CEQA delay. Even before the next legislative session starts, Elmendorf recommends that Attorney General Bonta and HCD Director Velasquez issue legal guidance from the state to clarify statutory interpretation.