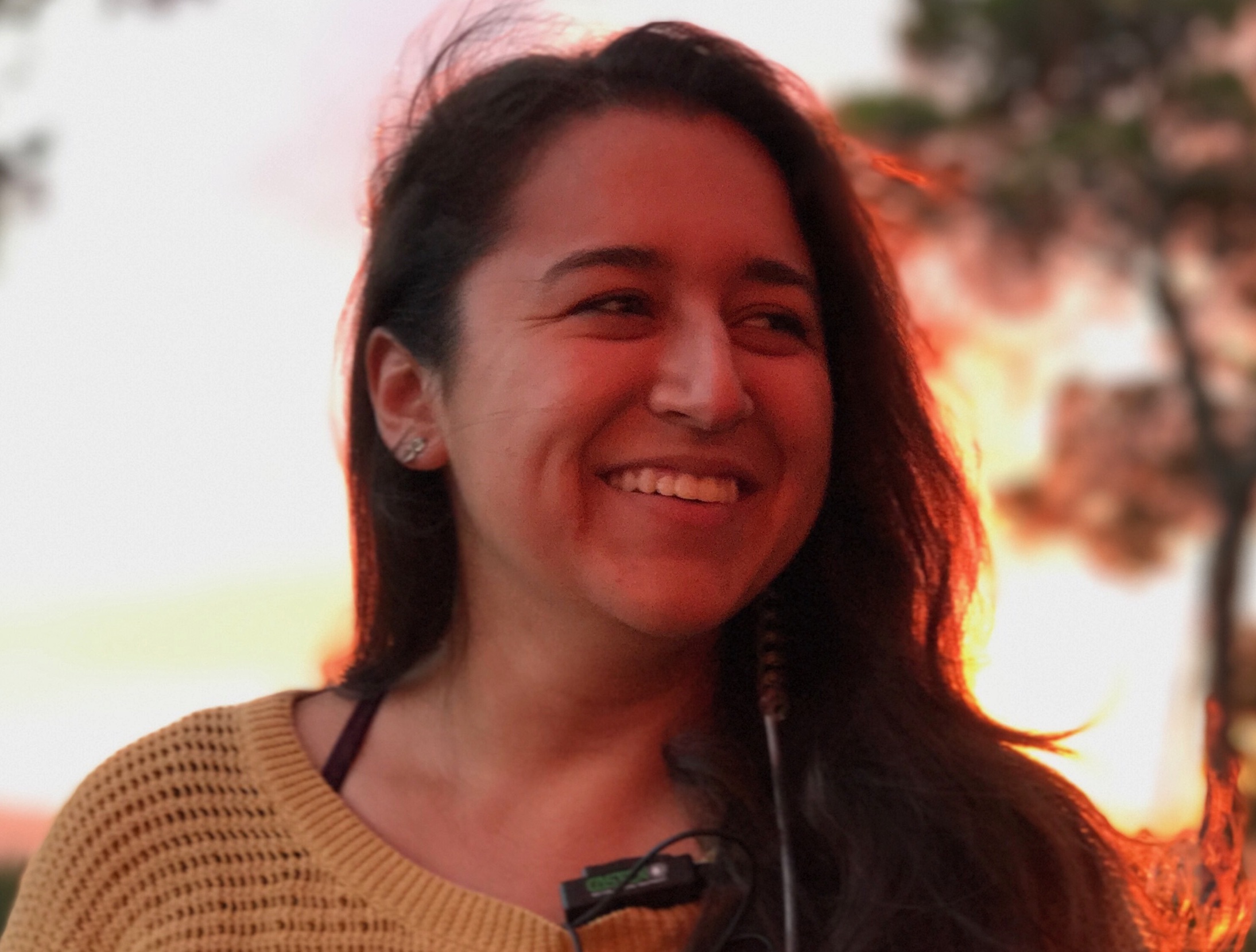 Kayla is a digital designer based in Southern California. She began her journey in public policy while majoring in Urban Studies at Loyola Marymount University, later earning an MFA in Production Design at Dodge College of Film and Media Arts. As a designer, Kayla has experience in both print and digital media and is certified in human-centric UX design.

Beginning in 2020, she became involved in local housing policy as a planning commissioner, as well as volunteering with transportation advocacy organizations. Kayla is excited to join California YIMBY and combine her design technology and housing advocacy experience in the work of making the Golden State an affordable and inclusive place to live, work, and thrive. In her free time, she enjoys hunting down the secret staircases of Los Angeles, relaxing in her favorite Costa Mesa coffee shop, or convincing her family and friends to go camping with her.

Prior to joining California YIMBY, Melissa served as Executive Director of the League of Women Voters of California, where she worked to empower voters, protect democratic institutions, and find sound policy solutions to California’s most pressing problems. Beginning her career as a community organizer and grassroots fundraiser, Melissa also served as Executive Director of Resourceful Women and Director of Programs for the Center for Volunteer and Nonprofit Leadership. In addition to being a first-time homeowner, Melissa is passionate about marine conservation, and can often be found exploring the nearest ocean. 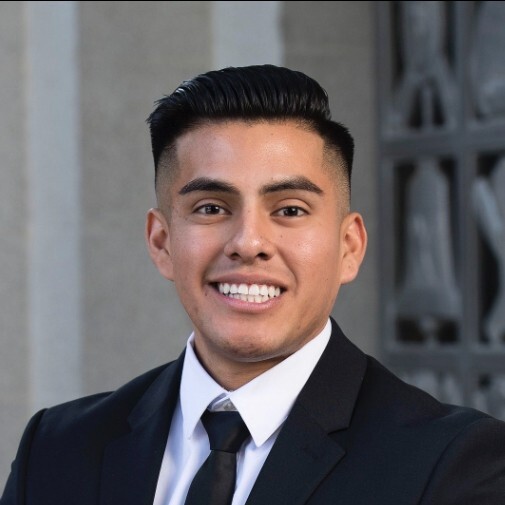 Jordan was born in Independencia, Lima, Peru, and migrated at the age of four to Sonoma County, California. He started his career in public service during his time in college, where he interned in Washington D.C. for Congressman Mike Thompson (CA-5) and had the honor of also interning for Majority Leader Senator Mike McGuire in the State Capitol. After graduating from college, Jordan was selected to participate in the highly competitive and prestigious Jesse M. Unruh Assembly fellowship program for the Office of Assemblymember Dr. Shirley Weber.

After Dr. Shirely Weber was appointed to become California’s first Black Secretary of State, Jordan joined the office of then Assemblymember Rob Bonta, now Attorney General of California. Most recently, Jordan worked for the Office of Assembly Democratic Caucus Chair, Mike Gipson. During his time in the Legislature, Jordan successfully staffed legislation relating to Health and Labor, served as the Consultant of the Select Committee on Infectious Diseases, and served as an advisor on several keys committees and policy issues, including Housing, Transportation, Banking and Finance, and more.

Jordan is a proud transfer student from Santa Rosa Junior College, where he also served as the Student Body President, representing over 20,000 students. He earned a Bachelor of Arts in Political Science and Chicana/Chicano Studies at the University of California, Davis. 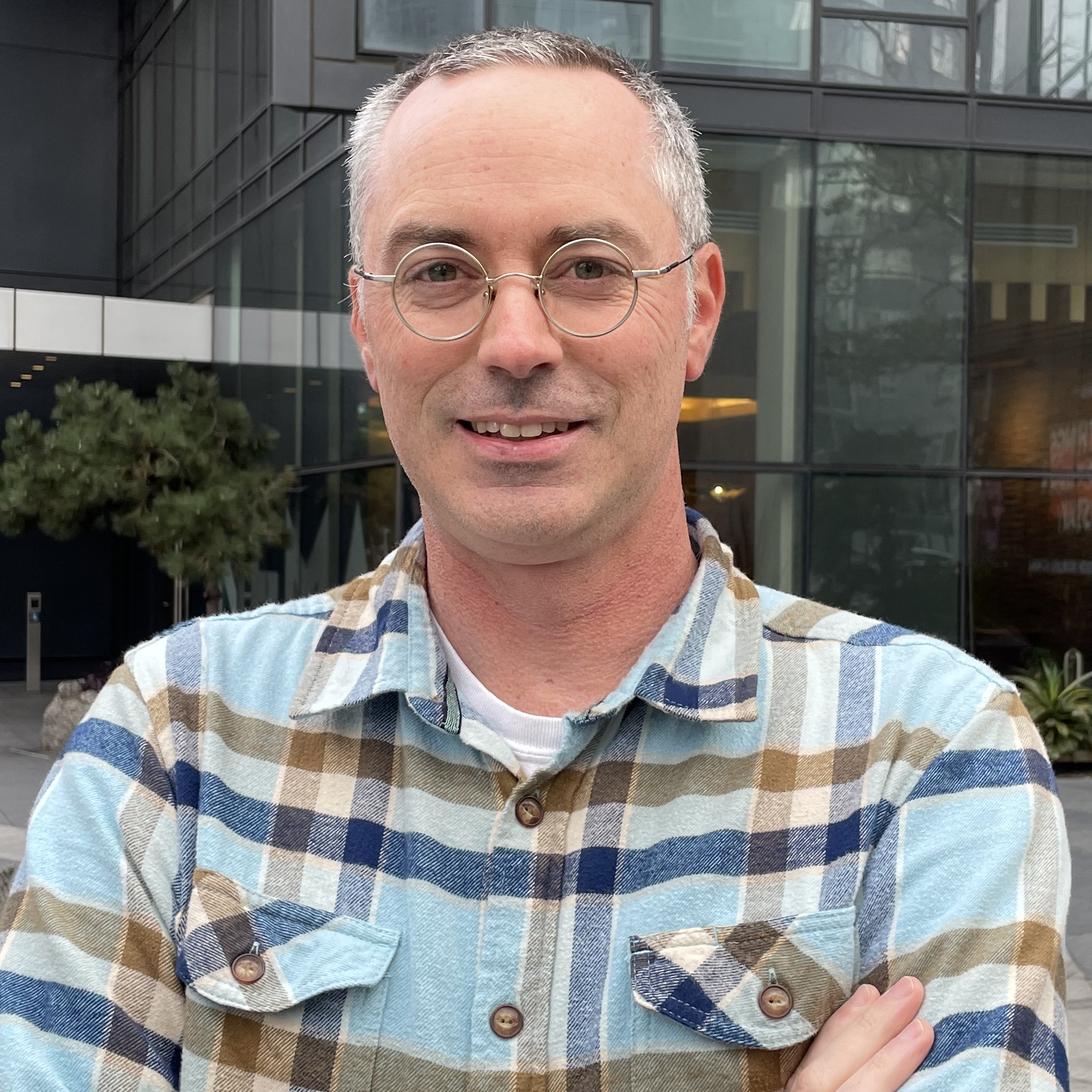 Born and raised in Orange County and educated at UC Berkeley, Robert brings over a decade of digital strategy and campaign experience to California YIMBY. He studied the history of San Francisco in a graduate program, and taught at colleges in the Monterey area. Robert then worked as Public Policy Director for Courage Campaign, Senior Communications Advisor to Seattle Mayor Mike McGinn, and led digital campaigns at Democracy for America and Demand Progress. When he’s offline, Robert likes to sail, watch his son play soccer, and explore the West Coast via transit.

Aaron grew up in Iowa after his parents were forced out of the Bay Area by high housing costs and underfunded public schools. He moved to California two years ago, where he was taken by the beautiful landscape, amazing produce, and obscenely high rent. He is excited to apply his organizing experience from the 2012 Obama campaign and his YIMBY experience with East Bay for Everyone to the task of ending California’s housing shortage. 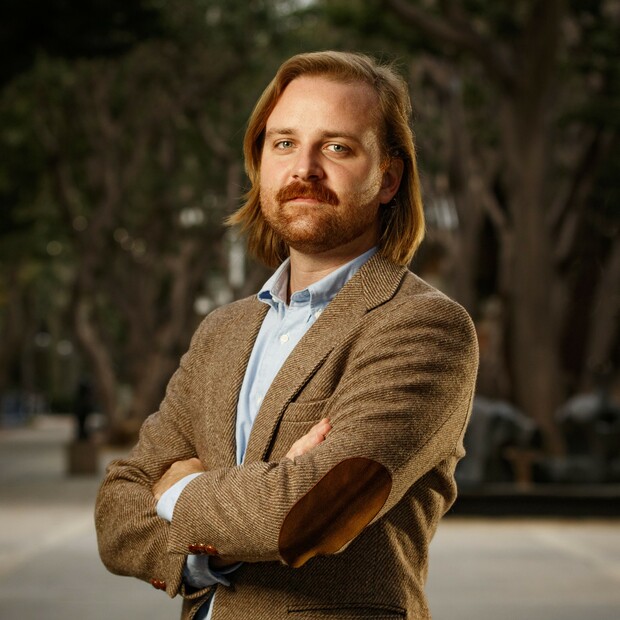 M. Nolan Gray is the research director for California YIMBY and a professional city planner. He is currently completing a Ph.D. in city planning at UCLA. Gray currently lives in Los Angeles, where he serves on the North Westwood Neighborhood Council. He is a widely published author, with work appearing in outlets such as The Atlantic, Bloomberg Citylab, and The Guardian.

Brian co-founded the California Renters Legal Advocacy and Education Fund (CaRLA) in 2015, which sues cities that violate state housing law. CaRLA’s novel impact litigation strategy yielded victory against Berkeley, lead to the drafting of SB 167, generated enormous press coverage for the YIMBY movement, and put scofflaw cities on the defensive across the state. Prior to co-founding CaRLA, Brian spent 10 years working for the US EPA and the US Forest Service. When he’s not fighting to expand housing affordability and access, Brian can be found cycling in the East Bay hills.

After a decade in sales and account management, Konstantin realized his passion for empowering people to own their voice through volunteer leadership on the 2008 Obama Presidential Campaign. Beginning in Summer 2010 as an Obama campaign Regional Field Director, his Southern California volunteer operation was the most active in the country and he ultimately became the Operation Vote and Early Vote Director for Wisconsin in early 2012. After the Obama campaign, he returned home to positively impact Los Angeles communities by continuing to lead the grassroots organizing efforts of several political campaigns and nonprofits to deal with the most pressing issues of the day. A proud dad and avid boarder, you might find Konstantin with his two sons, Kaliq and Konstantin II careening down the slopes on snowboards or cruising along the beach on skateboards. They can’t wait until his baby daughter, Zadie (aka The Boss Baby) is old enough to join them.

Prior to joining California YIMBY, Ryan worked to protect and reform our democratic process at the California FPPC and FairVote. As a policy intern at FairVote in Washington DC, he aided research and communications staff in covering the first national Ranked Choice Voting election in US history.

After receiving his degree from UC San Diego, he’s returned home to Northern California to help make a California for everyone! He’s dedicated to helping reform housing policy to ensure the next generations of Californians can live comfortably and thrive in the Golden State. In his free time, he can be found with a backpack on his back or a fork in his hand, exploring the geographic and cultural diversity of California.

Robyn joined the California YIMBY team in April of 2020. In her new role, she leads California YIMBY’s efforts to raise the funds needed to secure major legislative victories and create a more affordable and inclusive California. Robyn is excited to combine her life-long interest in politics and policy, with her passion for finding the most effective and innovative ways to improve the lives of others.

Before joining California YIMBY, Robyn served as the Director of Philanthropy at Fistula Foundation, and as a Philanthropy and Partnerships Officer at PATH, a leading global health NGO. Robyn speaks Spanish and Mandarin, is a classically trained vocalist, and has represented the USA internationally in Australian Rules Football.

After a ten-year career as a broadcast and print journalist, Matthew moved into advocacy communications with a focus on environmental justice, energy policy, and climate change. From 2008 through 2012, he was Director of Communications for the ClimateWorks Foundation, an international philanthropic effort launched by the Hewlett and Packard Foundations to support global pollution-reduction and clean energy policy efforts. During his tenure at ClimateWorks, he co-founded Climate Nexus, a New York-based media and communications firm focused on climate science. In 2012, he was recruited to join Next Generation, where he helped manage campaigns related to early childhood health, poverty alleviation, climate policy, and clean air. He also co-lead the Risky Business Project, an effort to quantify and communicate the economic risks of climate change in the U.S. Matthew is a YIMBY homeowner who believes there’s plenty of room on his block for more neighbors. 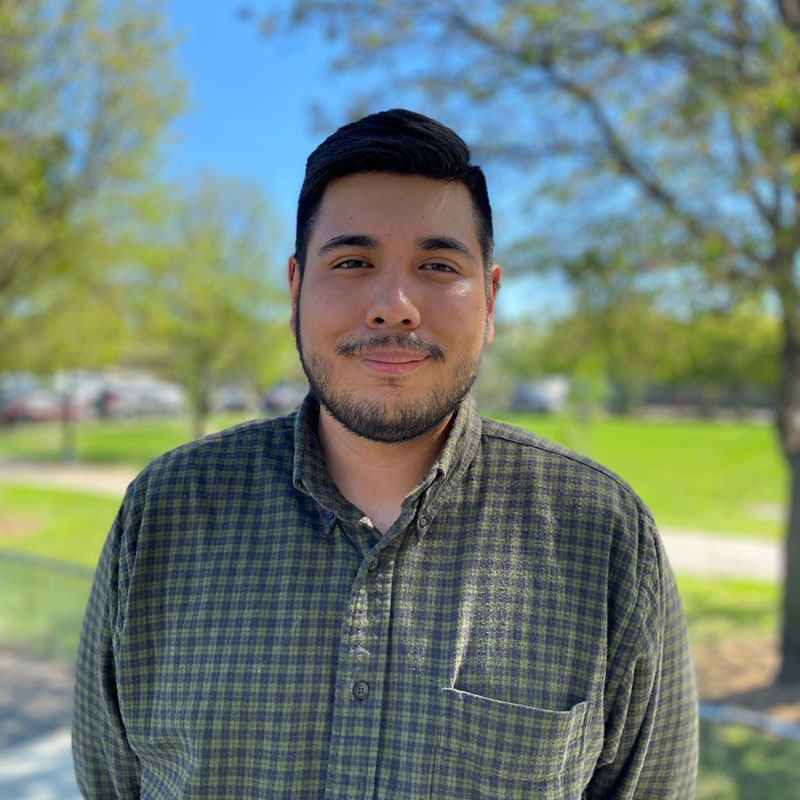 Leo draws his experience from the non-profit and political realm. Prior to joining California YIMBY, Leo worked at American Leadership Forum – Mountain Valley Chapter as a member support analyst. During the 2018 California election cycle, he interned for Kaufman Campaign Consultants, assisting with NO on PROP 5. Shortly after, he interned with Sacramento Self-Help Housing as a community engagement intern. There he helped local groups to combat homelessness in neighborhoods throughout
the Sacramento region.

This LA area native gets inspiration and motivation from his immigrant community. He strives for a more equitable and inclusive California for all. Leo graduated from UC Davis with a B.A. international relations and sociology. 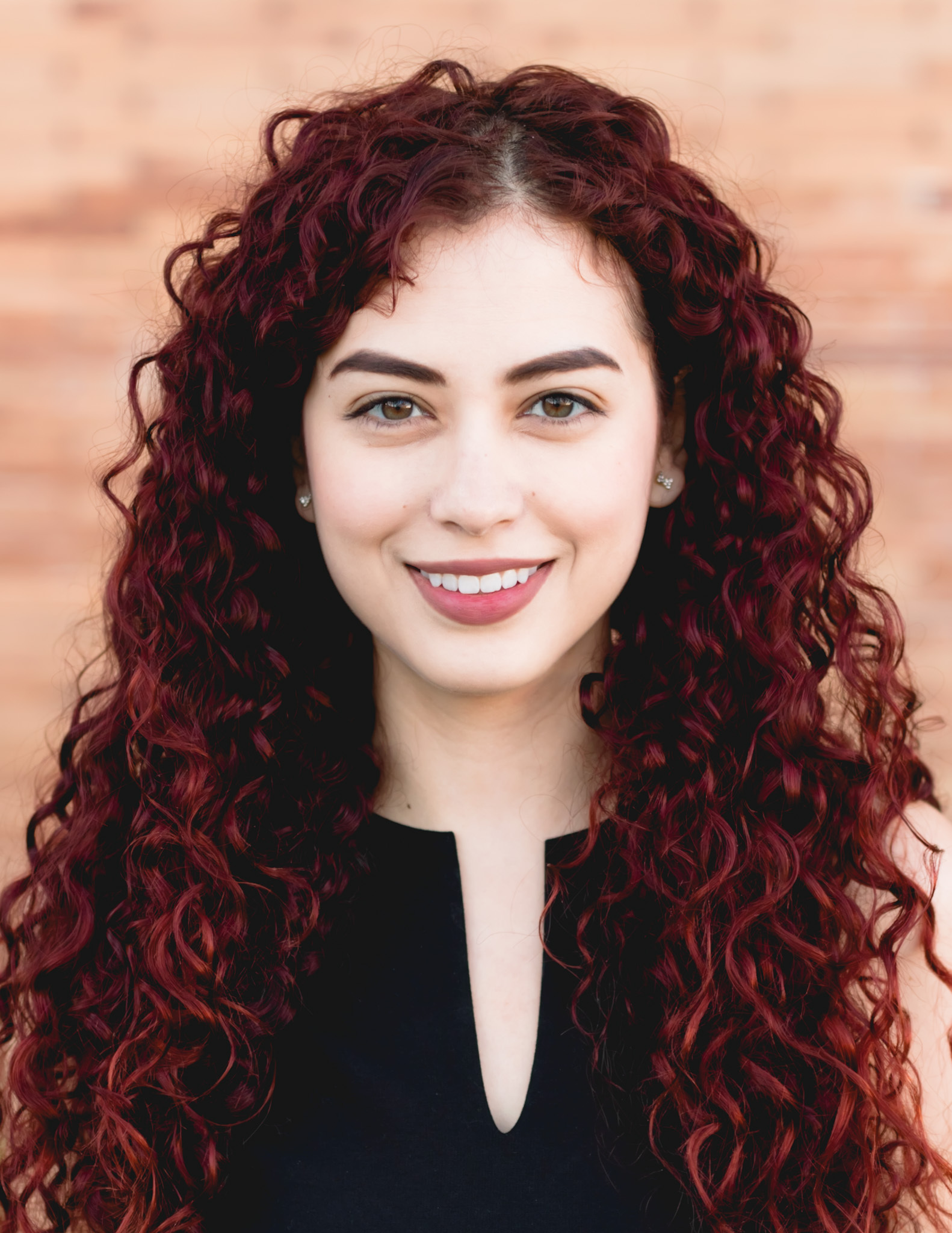 Lilia was raised in Kern County and has always been interested in doing work with a social conscience. She has worked on the Kern County General Plan 2040 while working as a Planning Technician – ensuring materials were accessible to a diverse community. And during the 2020 presidential election she worked at MoveOn.org as a Campaign Strategist with a focus on attracting younger voters to the polls through a vote tripling strategy. Most recently, she worked at Change.org as an Email Engagement Specialist with petitions covering a wide array of topics, some of which focused on the housing crisis. Lilia is excited to use her experience in digital media and organizing as she takes on the Distributed Organizing role at California YIMBY.

Darrell Owens is a 4th generation Bay Area native and a strong advocate of bigger, safer communities. Having seen the effects of displacement up close and the legacy of segregation in California, he works to promote fair housing policies and to build and preserve diverse communities in our urban core. Growing up among community advocates in the East Bay flats, Darrell fights however he can on city commissions, with local nonprofits, neighborhoods, and now as a policy analyst with California YIMBY to undo the housing shortage so essential to California’s inequity. He usually can be found walking around Berkeley and Oakland, or riding BART. 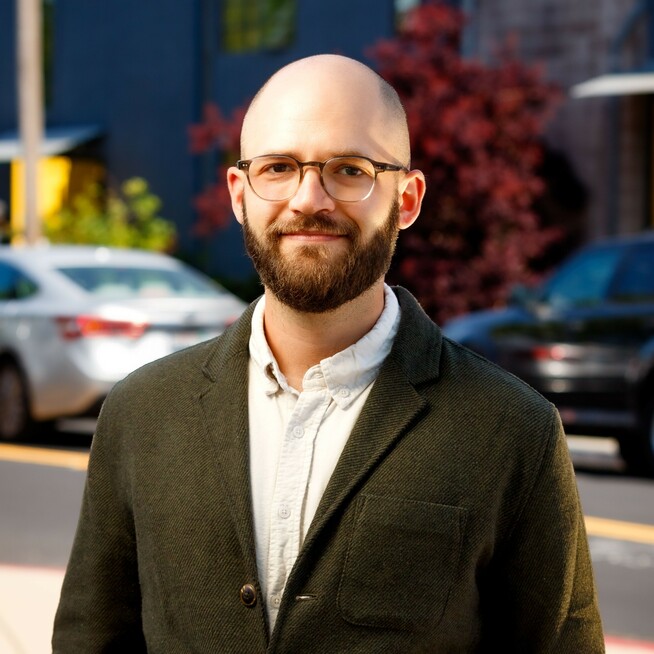 Ned is a former policy reporter and editor, with bylines in The New York Times, The Atlantic, The Nation, MSNBC, and numerous other publications. After nearly a decade of covering national politics and policy from the east coast, he moved to California to seek a Master’s in Public Policy from the Goldman School of Public Policy at UC Berkeley. After receiving his MPP, he spent two years in Sacramento at the California Legislative Analyst’s Office, the nonpartisan budget advisor to the state legislature. Prior to joining California YIMBY, he was policy manager for the Benioff Homelessness and Housing Initiative at UCSF. 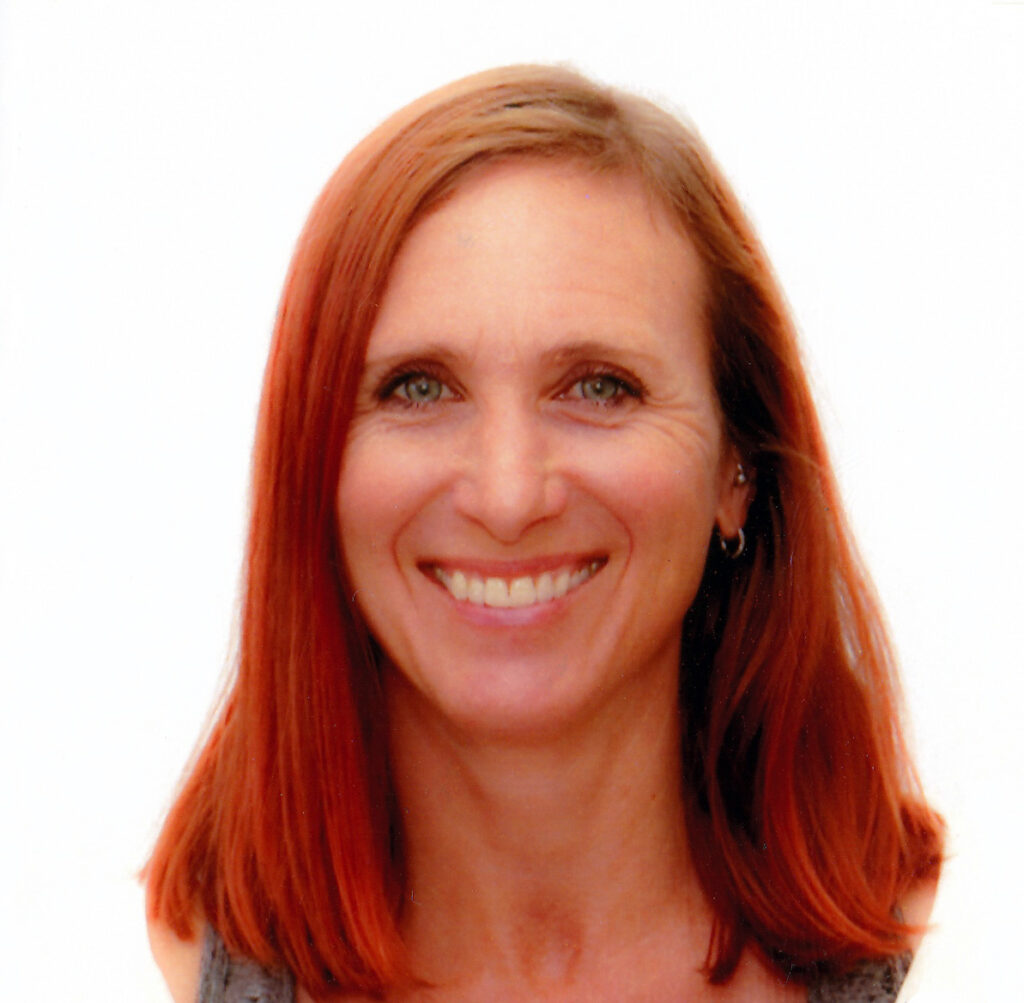 Diane is a 3rd generation Bay Area native, born and raised in the East Bay during earlier decades when housing in California was more accessible, and the un-housed population was a tiny fraction of what it is today. She obtained a BA in Sustainability Studies from New College of California, motivated by a deep desire to address solutions to our socio-economic and environmental mis-management in modern living. Diane also has an M.S. in Functional Nutrition and advocates for operating outside of the industrial food complex as fundamental to personal agency and societal sustainability. With home also being essential to health and wellbeing, she is thrilled to join CA YIMBY to support the movement of bringing more affordability and access to our Golden State.